A New Zealand Collectable and Curio Shop like Richmond’s Antiques & Curios, are dotted all around New Zealand but this one is pretty special. It has an endless variety of what some may consider weird stuff – I bet there’s someone out there wanting a stuffed mongoose in fighting pose! But what so many of them do have, is authentic historical items. 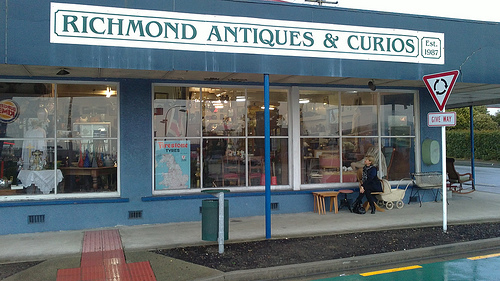 It’s rare, for example,to find an historical uniform like this in such a perfect condition. 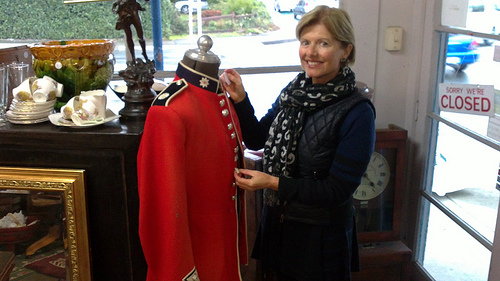 A New Zealand Collectable and Curio Shop – pieces of history

So the Mongoose in fighting pose may not appeal but who could resist this beautiful silver embossed glass multi-purpose thingy. (Sorry, I’m showing my ignorance here, but the person who buys it will know). 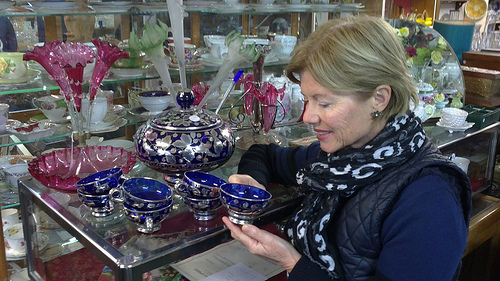 We’ve noticed that a lot of restored historical buildings love displaying old gardening implements as art. Now some of us probably wouldn’t be too keen on displaying an old fork and spade in our living room, but it could work for some.  Collectors of old records will love shopping here. We found this old Queen record in excellent condition. 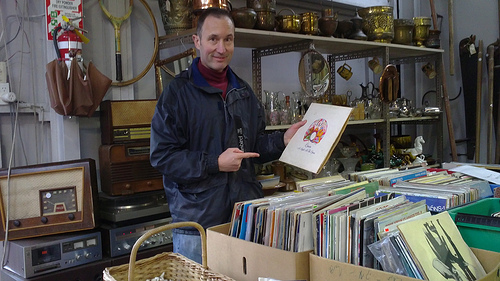 It’s ironic that some Europeans travel halfway across the world to New Zealand to buy pieces of their own heritage – stuff that was shipping over to New Zealand in Colonial times. Nelson’s earliest German settlers settled in Tasman after initially basing themselves in the Moutere Valley and formed the settlement of Sarau. There’s a lot of German relics from yesteryear still around in shops like this one. 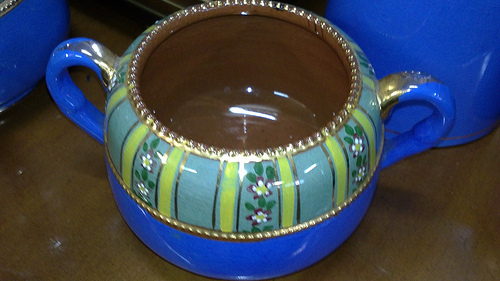 These treasure troves don’t usually spend much money on frontage.  And most of the time, they look a bit shabby from the outside but once your inside, you could spend hours browsing. Even a wall entirely devoted to old Tobacco Tins deserves a passing look. 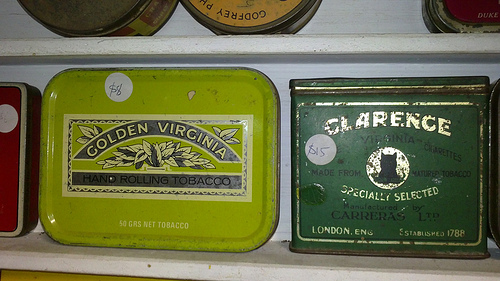 Looks as though the late comedian, Charlie Chaplin left one of his hats here. Well someone will find a use for it. 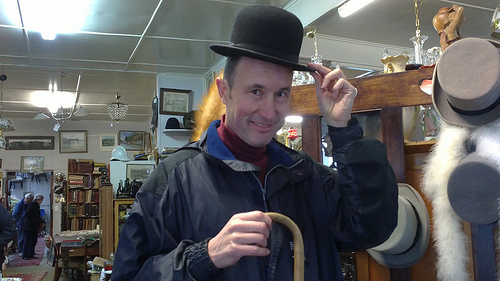